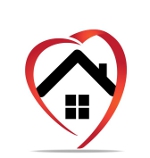 The year 2011 was a year of transiton, for the number 11 stands for transition. This transition was designed to shift our heart and mindset to properly align with the Lord and with one another. This alignment with heaven, imparted the vision that enabled His people to step into the year 2012 to view from above God’s perspective for a new season. The number 12 stands for apostolic. In the year 2012, God began to establish the apostolic vision for a new administration, which is the Government of His Kingdom. The year 2013 is a continuation of the year 2012 with the mandate to build with apostolic vision to establish His Government with Divine order. The number 13 stands for 0rder. The result of this will be the formation of strategic apostolic centers located throughout this nation.

We are now in the season of building up the body of Christ to see the supernatural life of the Kingdom invade the Church. The house of the Lord is created for His presence. The church is not meant to be a place for His people, but His people are created in His image to host His glory.It was the mandate of the apostle Paul to labor to see Christ formed in the people “For it is Christ in you the hope of glory” (Col. 1:27).  Paul did not labor to build up a ministry or an organization, but the body of Christ that the resurrection life, power and love of Christ might be revealed to a lost and dying world.

There is a Kingdom administration emerging where all the gifts and callings of Christ will function in the Church.  Like the days of Nehemiah, this will require the leadership working together with the people as one to rebuild the fallen walls and to set up the gates of the city.  To establish these fortresses of truth, the Lord is redeeming the burnt stones out of the rubble to rebuild the Tabernacle of David – which is a house of worship and prayer for all nations (Amos 9:11).

These burnt stones are the fallen warriors, the wounded soldiers and the discouraged that have gone through the fire. A mighty outpouring of God’s love is coming to redeem, restore and quicken the fallen and they will rise up with a newfound strength and courage to form the army of the Lord (Ezekiel 37). Led by the Lord of host, they will destroy the works of the devil and take back the acquisitions that the enemy has stolen (1 John 3:8).

To build any project requires skilled workers that labor together as a team. Just as a new house requires the handiwork of plumbers, carpenters and electricians, the house of the Lord also requires that each person function as God has set each one in His body (1 Cor. 12:13).  Everyone is called and everyone is needed. As the household of faith is built up in Christ and each member connects in the unity of the Spirit that works by love, we shall see one new man – the person of Jesus Christ. The true temple will then emerge with Christ as the minister of the sanctuary,

Now the things that we have spoken of this is the sum. We have such a high priest on high who is set on the right hand of the throne of the Majesty in the heavens. (2) A minister of the sanctuary, and of the true tabernacle, which the Lord pitched, and not man (Hebrews 8:1-2).

As the above scripture indicates, the true tabernacle is pitched by Christ who sits at the right hand of the Father in the heavens. It will be through those seated with Christ at the right hand of the Majesty in the heavens, that heaven will be revealed on earth.  As the author of Hebrews declares, Jesus will be in the midst of His people as the minister of His sanctuary. The true sanctuary is not a building or a location, but the Kingdom of heaven, which comes in the Lords’ presence. He is our sanctuary, the secret place on high where we are called to abide. (Psalms 91)

God has placed Christ above every name and principality and gave Him to be the head of His body, that He might fill all of His body – the Church, with all of Himself as the “All in All” (See Ephesians 1:22-23) Friends, we are called to rule with Christ from the place of victory “Who has raised us up to sit together in heavenly places in Christ Jesus (Eph. 2:6).

As the people of God function from the realm of heaven, the true sanctuary will be established on earth. Our call is to be filled with the Holy Spirit to be the light of the world  (Is. 60:1-2). Then, the gentiles will come to the light of our rising to see and experience His glory. Those who come in the vicinity of the true tabernacle will shift into a new kingdom reality that reveals Christ as the master of His household. In His presence, the supernatural life, the way Church life was meant to be, will astound the nations. For in His presence in the atmosphere of heaven, miracles take place, the dead are raised, the blind see and the captives are set free.

God is now raising up wise master builders with the blueprints of heaven to establish apostolic centers. These center will not only bring healing, restoration and renewal to the Lord’s people, but equip them to do the ‘greater works” that Jesus proclaimed His people will do. It is the expressed purpose of the ascension gifts of Christ the apostle, prophet, evangelist, pastor and teacher, to perfect the saints AND to equip them for the work of ministry (Known as the Ephesians 4 mandate).

A great harvest is now upon us. We must rise and build the household of faith. Jesus is our model for New Testament building who equipped 12 disciples to do the works that He did. True supernatural life is coming in power and demonstration of the Spirit, and God will do this through His people. Before God will pour out His glory, the Holy Spirit is relentlessly working to form His nature in His people that reveal His glory. God’s glory is revealed through His divine nature as well as that of a visible visitation. This will result in the greatest manifestation of the Kingdom of heaven on earth since Christ Himself walked upon the earth.

The greatest of times is now upon us. Rise up daily and worship the Lord and from the place of intimacy; you will be empowered to be who you were created to be – a manifest son/daughter created in His image. Find your place in His body and take your position alongside those that God has aligned you with, and lets build together.

In His heart and love – Roy Roden