A Vision for the Arts and for Australia 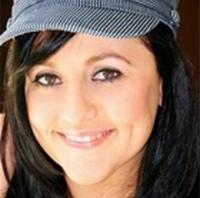 A Word from the Australian Prophetic Council by Roma Waterman

A Vision for the Arts

This past week I have felt a stirring in my spirit that a change is about to occur that is quite significant through the arts in Australia, and the earth. I believe that the stirrings of awakening have begun. A shift is being planned in the Heaven’s – angelic armies are about to carry out new decrees that will not only impact the secular arena, but also the church. A shaking is about to happen that will position God artists all over the earth for a new breed of worship that is unique and diverse.

It is going to mean significant shifts within church culture. People who have never felt they creatively fit are going to feel that they were truly born for such a time as this. Those who have been hiding in the wings, faithfully worshipping the Lord away from the public eye are going to be made public by the Lords hand.

Some of these creative people will only be catapulted for a moment – as part of God’s great design for this hour. Others who have waited for a season of influence and spent years with their hand faithfully to the plough will be used in ways they could only dream of. There are many who right now say within themselves “I have given all, but I do not feel I have made the impact I dreamed of making”, will see lifelong dreams realised. They will be a part of something bigger than they could have even imagined.

There will be people of influence in mainstream artistic arenas who will come to know Jesus in a personal way during this hour. These people will initially think they can continue on as they have been in their careers, only to be so overtaken by their love for God the father. They will become radical in their faith, yet still be able to work in their chosen fields because of their integrity and gifting. They will carry a wisdom that will enable them to be trusted and loved by those who do not yet know the Lord. This will open a lot of doors that have previously been closed.

In conjunction with this, much work is going to be done for missions and third world countries, as more people begin to understand that the Gospel is also about helping the poor.

This change is going to freely open a doorway that has previously been ajar between the church and the world. As the door begins to fling wide, the breeze of His presence will infect anyone standing in its way. Agents, managers, artists, producers – whether they believe in God or not – will not be able to deny a presence affecting their workplace.

The Lord is wanting us to be ready for this time. It is going to create a wealth of opportunities to speak into the lives of lost people. The Lord is saying for some, the opportunity will be swift – and you MUST take it when it comes. Do not wait for a better moment to come. Some of you who work in the mainstream arts industries will be backstage at events and all of the sudden someone will begin to talk about spiritual things or ask a question – not even knowing if you are a Christian or not. The Lord says, “Do not think about where you are – just like I did with Moses, if you take a step of faith I will put the right words in your mouth”. Do not be put off by what has happened in the past. Your words are now ripe and in season. Speak so that others can partake of the fruits of the kingdom of Heaven!

The Lord is requiring a new boldness of you that disregards your reputation and replaces it with radical love that influences all those who come in contact with you. Healings are going to take place in the most unusual of places. People will be backstage practicing their pieces for the stage, have an encounter or a prayer, and walk on stage and perform from a completely different place. In that moment, live on air, they will feel a transformation taking place. People all over the world will be watching their TV shows, and see the change, as it is happening!

The church during this hour is going to experience an unsettling. There will be much that will happen that will be unexplainable but also undeniably God. Old ways that worked in the past will no longer be required, but some will find it hard to change. Those who are prepared to move with the new will see a refreshing in their churches. Creative departments will begin to experience a freedom in their expressions of worship that cause them to feel alive again. They will begin to become more fruitful and more productive – but not feel tired as the Lord propels them into a new way of doing things. Systems will become more relaxed and maliable. In the natural, it would seem that this would cause chaos, but the Lord is saying that as the people grow, the boundaries must change – if they do not, people will feel stifled and ‘tight’. The pliability of shifting the boundaries – and enlarging the place of your tent, will cause greater growth, and room to breathe.

There is going to be a great move within the aboriginal community that will spur on a revival like Australia has not yet seen. Just as all things great start from a change of the heart – it is from the heart of Australia that a change that will cause a ripple effect. I am meaning this spiritually as well as physically.

A new sound is going to spring forth from the centre of Australia – that will involve the indigenous people. This group knows well the power of the supernatural and the spiritual world, and will receive Christ in such a way that the miraculous will begin to take place in their communities. People will be set free from generational curses over tribes and families. Long standing illnesses will be cured in an instant. People are even going to be raised from the dead. This will attract the attention of not only the world, but the church. The church will begin to realise that the awakening we have prayed and long for is being activated through the indigenous community of our nation. This is the doorway of Kingdom release in this nation.

The indigenous community understands well that Heaven’s sound must begin to resonate in the land and in our hearts. They will begin to sing a new song across Australia that will connect and influence all the regions. Much like when Jesus said to his disciples to speak to the mountain and it would be moved – we will see a community who has been one with the land, begin to speak and sing the decrees of God and see shifts. This is going to affect the natural atmosphere and occurrence of things. People will actually say that the desert is no longer the driest place in Australia. It is the place where a well has sprung forth and watered not just an entire people group but an entire nation.

One Response to A Vision for the Arts and for Australia