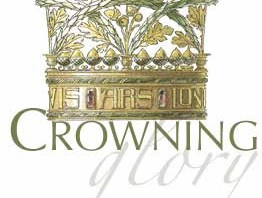 Everything hidden will be revealed and everything that needs to be shaken will be shaken and You will be the crowning glory of this nation and of your people Lord.

Your government will be upon their shoulders Lord.
And I thank you for the warrior spirit that is in this nation Lord that is rising up from DNA.

I thank you it is rising up on the very earth, underneath the ground of this very nation Lord that this nation is remembering and is awakening into their original blueprint, the warriors that have no fear that will stop at nothing to reflect Your heart, Your love, Your justice, Your righteousness, Your kingdom government and Your kingdom rule.

I thank you for the sleeping giant, the warrior that I see, that this nation is rising up, awakening, no longer bound by chains, oh my goodness by sleep, by weakness. The giant the warrior that carries the very frequency, the DNA of Yahweh.

Oh my goodness, awakened and rising up. Lord I cover this in the name and blood of Yeshua. No more counterfeits.

The story where there was a giant and it was bound….I saw this warrior and it was sleeping and bound during time he was sleeping but woke up and ripped the bondage’s, and he is waking up.

You guys are warriors and the Lord is saying you will no longer be the tail but you are the head.

Your original blueprint of this nation is to be the warriors, the head.

That leads the armies of God into this next revolution, that is transforming the earth and the cosmos according to the heart of the father.

I tell you guys everything that does not align with that will be shaken because I see a crown of glory on this warrior.

On your nation I see the crown of glory. Your nation was created to wear a crown of glory. It is interesting because it is a warrior but it has a crown. I have never seen a warrior with a crown but The Lord has put on his head a crown and it is specifically the crown of glory. Whooo who whooo.
Bek- Instructed us to touch fingertips to create the crown. Father says we are the crown and He has crowed our nation with glory and His glory resides in us. And as we are forming the peaks and descending upon the head of this nation we are taking our royal appointment and taking the scepter of His government and we are decreeing that we will not allow anything on our shift that does not align with righteousness and justice.

This crown is a royal appointment. The crown has many shards, many light shards, many peaks. And I can see the crown spinning on the head of the warrior spirit and as the crown spins she is releasing water like a water sprinkler. The glory of God like a water sprinkler over the entire nation to every boarder around and touching the seas and even going beyond to the Pacific Islands through the South Pacific and through the oceans, touching the world like waves and waves of glory that the father has assigned to come out of Australia, as she reaches her maturity and she steps out of her rebellion she takes her place as the lover, as the co-ruler with the bridegroom king under the canopy of the love of Yahweh.

Really strong impression that Corina has been carving out this crown in the spirit today and His crown is us and there are jewels encrusted that have been placed upon our hearts: different colors for different portals and revelations, yeah,

And this crown is our independence day from the spirit of religion and we will be recognized in the heavens as a holy nation.

And not to consider ourselves as being too small not even as a nation or as an individual because each of us are filigree carvings on this crown and we are the crowning glory of our nation.

Whooo. I see the fireworks going out everywhere, Corina the independence day fireworks.