Is This… THE LAST BATTLE FOR OUR TREASURED FREEDOM? 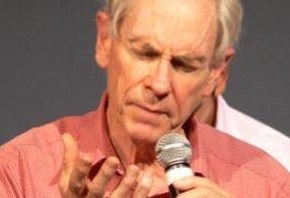 By Reverend Rob Isaachsen ( 1 of 3 articles on this website: SEARCH Isaachsen)

HOW FREE IS AUSTRALIA – And WHY?

2nd of 185 nations for freedom of speech and religion
See http://www.freeexistence.org/freedom.shtml?

See:  Nations Based on the Bible are least corrupt

HDI is a measure of long and healthy life, being knowledgeable and having a decent standard of living

Western Freedom: Rose and is sustained through Christian Influence

But: WILL WE LOSE OUR PRECIOUS FREEDOM?

(Unless There is Open Debate of the Issues)

SSM IS UNLIKELY TO HAVE BEEN LEGALISED IN ANY NATION…

If The Truth Had Not Been Silenced!!

by powerful voices of the Left #

SSM Laws were Passed in So Many Nations WITHOUT ANY DEBATE OF ITS IMPACT!

Far reaching decisions have been made by legislators after long periods of emotional appeals and stories by the media and then the repetition of “IT IS INEVITABLE”, then pushed through in parliaments with effective gagging of open debate of its impact on society.

Those who dared try to reveal such facts were shamed with the cry: “HATE”.

HOW COULD IT HAPPEN ON THIS ISSUE?

Only because of the long campaign by major forces at work to prevent such enquiry which would reveal its dangers.

Is it just the Same Sex Marriage lobby?  … OR  is it another movement ??

#SEE: “WHAT IS  SOCIALISM / SECULAR HUMANISM?” (Details at end of this paper)

WHAT IS LEGALISING SAME SEX MARRIAGE ABOUT?

Gay response to Poll was NOT ‘We can finally get married’, but ‘Gays have finally been validated.’

The day after the poll talk was of ‘recognition’, not “marriage”!

– The main aim has been seen as about forcing attitudes of acceptance of Gay culture on society.

LOSS OF CHRISTIAN FREEDOM IN CANADA

‘The days of socially acceptable Christianity are over. The days of comfortable Catholicism are past…. Powerful forces and currents in our society press us to be ashamed of the Gospel … ashamed of our faith’s teachings on marriage as the conjugal union of husband and wife. These forces insist that the Church’s teachings are out of date, retrograde, insensitive, uncompassionate, illiberal, bigoted, even hateful … these same forces say you are a homophobe, a bigot, someone who doesn’t believe in equality. You even represent a threat to people’s safety. You ought to be ashamed!”
http://www.crisismagazine.com/2015/same-sex-marriage-and-the-persecution-of-christians-in-Canada

Video outlines a range of major changes to the population  (26 Mins)
https://www.youtube.com/watch?v=2ZXzUpzHLkA&feature=youtu.be

The most rigorous study ever conducted has overturned the conventional academic wisdom that such children suffer no disadvantages.   Research “breaks the log-jam in the SSM debate”:

(This will not be true of all cases, but this story is supported by others online)

“We don’t have childhoods,” said Dawn Stefanowicz, who grew up with two brothers in a chaotic world dominated by their gay father and his many lovers.

REMOVES CLEAR DEFINITION OF WHO CAN MARRY

The Marriage Act has given the foundational standard of marriage as the heart of raising families and for the stability and well-being of children and our nation – a standard that is for the benefit of every person in the nation.

Once marriage is changed from this vital broader foundation by an appeal based on individual choice or personal situation, it opens the way for further changes by appeal to suit many people’s ideas and choices.  There are moves here and elsewhere to see marriage extended to include marriage to close relatives (even children), polygamy, and “beyond” these.  (Australian Ethicist Peter Singer has suggested such).

The result would be to undermine and even trivialised the concept of marriage as something widely respected, calling for faithfulness and personal sacrifice and shaping future generations

To have a child produced by surrogate parents to be adopted to a same-sex couple denies natural right of children to be raised by both natural (birth) parents– recognised by the United Nations Rights for Children.

While such events happen as a result of divorce or death, should this injustice be done deliberately?

Should laws against commercial surrogacy now be overturned for same sex couples?

They are to be valued as Australians – BUT should their desires jeopardise our national freedom?

Same sex relationships are legal, and such couples have a right for their committed relationships to be celebrated and officially registered.

“Forget about marriage being for the children”

“Forget about being faithful”

“Conservatives want us all to accept  … abandoning our ideas of sexual freedom..”

“Subverting the norms of marriage was always the gay agenda”

marriage so we can “queer it up”

A moderately active homosexual can average 30 to 50 different sexual partners a year.
http://www.hivsingles.com.au/search.py?aff_id=googleau&aff_pg=3&aff_cp=s-c&aff_adg=hiv+singles+au+-+search+-+hiv+in+-+search+_230033&aff_kw=hiv+in&aff_src

“…toward the building of a world community .. a system of world law and order based upon transnational federal government.”   http://americanhumanist.org/Humanism/Humanist_Manifesto_II

Silencing the Church was a priority to both Stalin and Hitler

“Truth is relative”, a matter of “What you believe” – Denial of Biblical Truth

They use lies to gain ground, and use “Political Correctness” to prevent debate of truth

See: THE BIG LIE AND THE TRUTH

ESTABLISH INDEPENDENT TRIBUNALS to Promote and Enforce EQUALITY for all in all situations, independent of beliefs and lifestyles. This is “the new morality” (replacing Christian morals). Equal Opportunity Tribunals are used to force compliance with this ne morality , punish discrimination (eg litigation against Christian organisations for maintaining Christian values.)

MOST OF THEIR GOALS ARE NOW COMPLETE:

Using these influences they have:

Used schools and universities to twist science and history to deny the existence of God (there is no evidence for atheism) and ignoring the unique evidence of the Christian contribution to the world.

These laws give freedom to a few, but undermine the basis of inherited freedoms in nations.

In US and Canada serious religious and other freedoms have been lost to many citizens since the passing of SMM laws.  Could Australian freedoms be at risk?