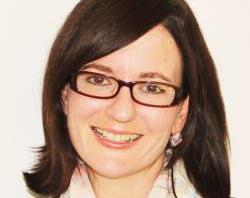 A WAVE OF TRAVAIL IS ABOUT TO CRASH INTO THE CHURCH TO PREPARE THE WAY FOR THE FEAR OF THE LORD!

Recently I heard the Lord say “A WAVE OF TRAVAIL is about to crash into the Church” and the Lord then showed me that this wave of travail is going to prepare the way for the fear of the Lord being restored back to the Church.

As I continued to press into the Lord I saw this wave of travail paving the way for the greatest move of holiness we have ever seen.

The travail is already being felt in the body of Christ but it is going to significantly increase as this wave crashes in. I heard the Lord say “My people are going to weep over sin again and that will usher in the greatest move of holiness we have ever seen.”

A wave of the DEEPEST REPENTANCE we have ever experienced as the body of Christ is about to come upon us.

“In the same way the Spirit also helps our weakness; for we do not know how to pray as we should, but the Spirit Himself intercedes for us with groanings too deep for words;” (Romans 8:26)

“Being in anguish, he (Jesus) prayed more earnestly, and his sweat was like drops of blood falling to the ground” (Luke 22:44).

My children, of whom I travail again until that Christ shall have been formed in you, I was wishing indeed to be present with you presently and to change my tone, because I am perplexed as to you” (Galatians 4:19-20)

The wave of travail will move mountains and bring forth the greatest shifts by the Spirit of God that we have ever seen. This deep place of intercession and repentance is going to not only transform the body of Christ, bring rapid deliverance and realignment, it is going to impact cities and nations.

This wave of travail is RECONNECTING many with the heart of God. This wave of travail will bring about an even greatest shaking that EVERYTHING that can be shaken will be shaken. The fire of holiness will BURN BRIGHT in the Church again. The wave of travail and repentance will see the place of “playing games with the Lord”, stopped in many ways and a significant invitation to RETURN to first love, JESUS!

“But I have this against you, that you have left your first love.” (Revelation 2:4)

There will be a line drawn in the sand by the hand of Lord again. The invitation that requires your whole life, everything!

There will be a greater alignment in intimacy with the Lord, a purity in relationship with Him to know Him DEEPLY and know His heart not for ‘ministry sake’ or ‘what I can get from the Lord’ but to KNOW HIM and know His heart. The idol of ministry will come down.

The Lord showed me that in the travail ‘man will be removed from the throne’. The places where there has been self promotion, where there has been idolatry, amongst many other things to PREPARE the body of Christ to carry what He is going to release. To PREPARE the body of Christ to move in power in the name of Jesus like never before. To move in purity, integrity, maturity and character.

The Lord kept repeating to me over and over again “This wave of travail must take place to prepare My people for the greatest move of My Spirit that has ever been seen.”

IN THE CRASHING IN OF THE WAVE TRAVAIL, WILL COME THE FIRE TO LEAD MY PEOPLE INTO GREATER HUMILITY AND OBEDIENCE

The Lord showed me that in the crashing in of the wave of travail, will come the fire to lead the body of Christ into greater humility and obedience.

The Holy Spirit is going to awaken the body of Christ in even greater ways to the place of humility and obedience to Him. Wholehearted obedience.

This wave of travail will suddenly crash into meetings and there will be deep weeping and groaning as the Spirit of God moves and does His work to bring shift, change, deliverance, healing and a greater consecration to Him.

“Then Joshua said to the people, “Consecrate yourselves, for tomorrow the LORD will do wonders among you.” (Joshua 3:5)

I heard the Lord say “In this wave of travail I am going to the foundations.” Immediately I saw the Word of God before me and the Lord spoke again “BACK TO THE WORD! BACK TO TRUTH!”

There will be a DEEP returning back to the Word of God and biblical truth and taking the Lord at His Word. Not watering down the Word, not picking and choosing the Word, but a deep conviction will take place as the Word of God is boldly preached and released to mature the saints. The Lord is going to foundations in hearts, in teachings through the wave of travail to bring forth a significant realignment of truth, the Word of God. In this new era in the wave of travail we will see the Holy Spirit convict and discipline in increased ways for the GOOD of His children. He is a good Father, He is a loving Father and He convicts and disciplines His children for their good and for their growth. There is a familiarity with the Lord and His Word that has crept into the Church and the Lord is dealing with it to bring us to a greater place of life, partnership with Him and maturity.

“The Lord corrects the people he loves and disciplines those he calls his own.” (Hebrews 12:6)

PROPHETS AND INTERCESSORS, THE BURDEN OF HIS HEART WILL FEEL WEIGHTIER THAN EVER IN THE TRAVAIL, FLOW WITH HIM FOR YOU WILL RECEIVE NEW SCROLLS OF REVELATION FOR WHAT HE IS ABOUT TO DO ON THE EARTH

Prophets and intercessors, the burden of His heart is going to increase in this wave of travail, continue to flow with Him as you will receive new scrolls of revelation for what He is about to do on the earth. If you flow with Him you will move deeper into Jeremiah 33:3 and you will see some of the greatest shifts you have EVER seen in the Church and the earth. You are part of the greatest shift you have ever seen. Don’t run from the travail, don’t run from the words He is giving you, birth them with Him in the secret place. He is taking you behind the veil in ways you have never experienced. Greater and greater shall the revelation of the privilege it is to partner with Him and carry His heart increase in you that will strengthen you, refresh you and fortify you in Him like never before.

The Lord is looking for friends that will carry His heart no matter the cost, that will speak the truth in love and not bow to the fear of man, but move with Him and in Him in obedience to what He is doing and saying in the earth without watering things down or compromising.

CITY ON A HILL

“Arise, shine, for your light has come, and the glory of the LORD has risen upon you.” (Isaiah 60:1)

The greatest move of God is upon us in the earth in this new era. God is going to demonstrate His power and Glory like we have never seen. His majesty is going to be revealed. The earth will shake and tremble with His power, His majesty, His goodness, His love. The earth will resound will the name of Jesus being proclaimed and the good news of the Gospel seeing the great harvest come in.

The fear of the Lord came upon me strongly as I heard Him speak “The Church is not ready yet, sound the alarm to ‘make yourself ready’ through your yielding to Me, My Spirit and My way. I will make My people ready!”

People of God, it’s time that we cry out to the Holy Spirit and invite Him to reveal to us whatever needs to be done or dealt with to make us ready for what He is going to do in this new era. It is not about ‘getting everything right’ it’s about a heart position, it’s about obedience and surrender to His way, His process and His Spirit. The key is inviting the Holy Spirit to do whatever He needs to do to make us ready and not ignore His voice, His conviction or His process.

“For the earth will be filled With the knowledge of the glory of the LORD, As the waters cover the sea.” (Habakkuk 2:14)

The wave of travail is coming! Let us welcome it, let us welcome Him and the move of His Spirit to prepare us for the greatest move of the Spirit of God we have ever seen.

SEE Nellie O’Hara, “It’s time to RAMP UP our intercession.”