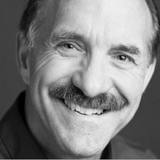 A Prayer Revolution at the End of the Age

“To hasten the return of our Lord by following His program for this age which is, “ To preach the gospel in all the world for a witness to all nations (ethnic groups, families, tribes).” Every tribe and tongue must be represented around the throne in worship before Jesus can return and make Jerusalem his throne.

“And this gospel of the kingdom will be preached in all the world as a witness to all the nations, and then the end will come.” (Mt. 24:14)

“Ask of Me, and I will give You the nations for Your inheritance, and the ends of the earth for Your possession.” (Ps. 2:8)

And they sang a new song, saying: “You are worthy to take the scroll, and to open its seals; for You were slain, and have redeemed us to God by Your blood, out of every tribe and tongue and people and nation, 10and have made us kings and priests to our God; and we shall reign on the earth.” (Rev. 5:9-10)

After these things I looked, and behold, a great multitude which no one could number, of all nations, tribes, peoples, and tongues, standing before the throne and before the Lamb, clothed with white robes, with palm branches in their hands, 10and crying out with a loud voice, saying, “Salvation belongs to our God who sits on the throne, and to the Lamb!”
(Rev. 7:9-10)

2. The Prayer that Executes the Plan

“Ask of Me, and I will give You the nations for Your inheritance, and the ends of the earth for Your possession.” (Ps. 2:8)

Then Jesus went about all the cities and villages, teaching in their synagogues, preaching the gospel of the kingdom, and healing every sickness and every disease among the people. 36But when He saw the multitudes, He was moved with compassion for them, because they were weary and scattered, like sheep having no shepherd. 37Then He said to His disciples, “The harvest truly is plentiful, but the laborers are few. 38Therefore pray the Lord of the harvest to send out laborers into His harvest.” (Mt. 9:35-38)

And when He had called His twelve disciples to Him, He gave them power over unclean spirits, to cast them out, and to heal all kinds of sickness and all kinds of disease. (Mt. 10:1)

After these things the Lord appointed seventy others also, and sent them two by two before His face into every city and place where He Himself was about to go. Then He said to them, “The harvest truly is great, but the laborers are few; therefore pray the Lord of the harvest to send out laborers into His harvest.” (Lk. 10:1-2)

“For years Mr. Howells had been praying for the gospel to go to the world. Before he went to Africa, the Spirit brought before him God’s promise to His Son in Psalm 2:8. He had not let a day pass without praying that the Savior should have ‘the heathen for His inheritance and the uttermost parts of the earth for His possession,’ and it was in willingness to be, in some measure, the answer to his own prayers that he had accepted the call to Africa. Then, while in Africa, he had been struck by Andrew Murray’s comment on the Saviors word in Matthew 9:38, ‘Pray ye therefore the Lord of the harvest that He will send forth laborers into His harvest.’ Andrew Murray has pointed out, on the strength of this verse, that the number of missionaries on the field depends entirely on the extent to which someone obeys that command and prays out the laborers; and the Lord had called Mr. Howells to do this. That, in turn, had been one of God’s ways of preparing him for the further commission to start a Bible College. Thus, for years he had been a man with a world vision.

But this new word from God was to lay direct responsibility on him. It was no mere assent to the general command to preach the gospel to every creature. It meant, if accepted, that he and all who took it with him would be bond-servants for the rest of their days to this one task—to intercede, to go, to serve others who go—to be responsible for seeing that every creature hears the gospel.

The way this commission was interpreted to Mr. Howells in concrete terms was that in the next thirty years the Holy Ghost would find 10,000 channels from all over the world—men and women whom He would enter and who would allow him to take complete possession of them for this task, even as years before He had taken possession of His servant.

In a new sense the world began to be their parish. They began to be open for God to lay any prayer on them which would further the reaching of every creature with the gospel. They became responsible to intercede for countries and nations, as well as for individual missionaries and societies. The College truly became ‘a house of prayer for all nations.’”

(Taken from the book The Radical Prayer by Derek Morris)

Ekballo definition by David Sitton, president to Every Tribe:

“Send ekballo in Greek means to ‘forcibly expel’; ‘to thrust out violently’; ‘to fling.’ Ekballo is to ‘send out’ (workers) in Matthew 9:38 and ‘drive out’ (demons) in Matthew 10:1. It is a spiritually violent and authoritative word. When Jesus, prompted by our prayer, says, ‘Go!’ demons vacate and missionaries relocate.”

Ekballo is used 34 times in the New Testament.

12Immediately the Spirit drove [Ekballo] Him into the wilderness. (Mk. 1:12)

15When He had made a whip of cords, He drove them all out of the temple, with the sheep and the oxen, and poured out the changers’ money and overturned the tables. (Jn. 2:15)

The ekballo thrust is the baptism of the Holy Spirit.

8But you shall receive power when the Holy Spirit has come upon you; and you shall be witnesses to Me in Jerusalem, and in all Judea and Samaria, and to the end of the earth [the unreached people groups]  (Acts 1:8)

9“You are worthy to take the scroll, and to open its seals; for You were slain, and have redeemed us to God by Your blood out of every tribe and tongue and people and nation, 10and have made uskingsand priests to our God; and weshall reign on the earth.” (Rev. 5:9-10)

One Response to Partners in Prayer & Evangelism: Pray Ekballo!