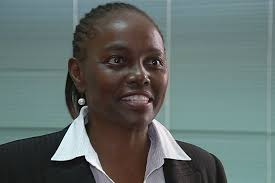 During our national Prayer Breakthrough Tour Nov-Dec 2016, Lucy Gichuhi joined our public meeting in Adelaide. When we formed groups to pray, I had the privilege to pray for Lucy – and without knowing who she was, found myself honouring God’s authority and appointment for her life.

Today we celebrate her appointment to the Australian Senate and I ask you to pray for her.

Related Story: Why the woman likely to be the next SA senator is tough on welfare

The High Court has rejected Labor’s push to challenge the eligibility of South Australian Family First senator Lucy Gichuhi based on concerns about her citizenship.

The High Court today declared that Senator Gichuhi, who was born in Kenya, is free to replace Bob Day as a South Australian senator in the Federal Parliament.

The ruling came after she won the special recount of the vote last week.

Labor’s acting shadow attorney-general Katy Gallagher had argued that there were legitimate questions about her eligibility that needed to be answered.

But today the full bench of the High Court rejected a push by lawyers for Labor’s Anne McEwen, who wanted to challenge Senator Gichuhi’s eligibility based on whether she still retained her Kenyan citizenship.

Justice Geoffrey Nettle said Ms McEwen had ample time to arm herself with the evidence needed to challenge whether the senator had taken reasonable steps to denounce her Kenyan citizenship, as the issue had been before the court several times.

Commonwealth Solicitor-General Stephen Donaghue said Kenyan law stated that a Kenyan’s citizenship was automatically withdrawn once a person was over 21 and had taken up citizenship in another country.

Jeremy Kirk, acting on behalf of Ms McEwen, said he was still waiting on a report from an expert in Kenyan law as evidence to prove Senator Gichuhi held two citizenships.

“This is not about Ms Gichuhi, this is about the integrity of the Senate and the electoral system,” Senator Gallagher said.

“It is incredibly important that the validity of each senator’s election is beyond question.

“The last thing the country needs is a re-run of the Bob Day disaster.”

The Kenyan-born lawyer migrated to Australia in 1999 and said she became an Australian citizen in 2001 and never held dual citizenship.

Australia’s constitution precludes anyone with dual citizenship from being in the parliament.

Who is Family First’s Lucy Gichuhi?

The woman to replace Bob Day is from Kenya, and has been a volunteer lawyer with the Women’s Legal Service.

But legal experts argued a challenge could still be launched against her because of a change to citizenship laws in her country of birth.

Before the hearing, Labor’s national party president Mark Butler said now was the best time to work out whether she renounced her Kenyan citizenship before running.

“The legal advice we’ve received is that there remains a question about this matter and particularly where we’ve gone over the last couple of years with the question marks over Bob Day’s eligibility,” he said.

“We’ve taken the view that, particularly given that the High Court is convened, that this question needs to be answered once and for all, definitively.”

It is unclear if Ms Gichuhi had to provide formal proof of having renounced her Kenyan citizenship before running for parliament.

She maintained there was no issue with her eligibility.

Senator Gichuhi gave short statement to media after the ruling, but did not take questions.

Noting that she would be joining “one of the most powerful senates in the world”, she said that she would be conciliatory on the crossbench and talk to all parties before voting on legislation, but did not speak on specific policies.

“This is not about me as Lucy Gichuhi,” she said.

“It’s about the integrity of the institutions of this country.”

Senator Gichuhi also thanked her predecessor Mr Day, who was found to have been not validly elected at last year’s federal election as the leasing arrangements for his South Australian electorate office had breached section 44 of the constitution.