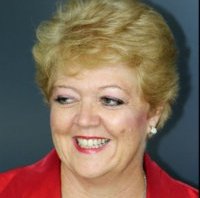 Aboriginal Communities and Other Local Churches across Far North Queensland each took one 24 hour day in our 40 Day Prayer & Worship Relay  – to create a 24/7 Prayer Canopy over their region for 40 Days!

Ps Melissa Haigh who coordinated the 24/7 Prayer Canopy in Far North Queensland sent in this prophetic word and report on supernatural evidence of the continuing impact of God’s presence and power.

“As I sat on  Sunday morning meditating over last weekend and what we saw Jesus do in our Region – I am amazed. There are many stories and testimonies coming through of the Power and love of God.

The Canopy Team stands in awe, and are so grateful for everyone and every church and organisation that have carried the Canopy of Prayer.

Below is a prophetic word that was sent to me by someone that I know well, she received it while washing up and just a few days before cyclone Debbie came through.

“I saw that the canopy of prayer that had been created over Cairns had generated so much heat, intensity and humidity that is about to break through the cap and cause a shift in the atmospheric pressures, causing a deluge of heavenly rain to cover Cairns and the tropics.

The winds of adversary that have thrown the region too and fro are coming to a halt and turning into a refreshing breeze and move of spirit that the region has never seen. It will turn the tide and draw people into the deep water, the deep presence of God.

Then the earth started shaking and cracking, shock waves went out from the mountain ridges of Cairns out in the west/ southwest regions, up north to the pacific islands and south out towards New Zealand.”

Since this we saw extraordinary things happen in some of the indigenous communities around us. We were invited into Ravenshoe to pray over the town and we prayed from the highest road in our state. Many spiritual things became clear – and after we prayed we saw the clouds open up and light shine through. Then on Easter Friday – 17  people came and prayed at our house over the city – amazing things happened. Prophetic words came and there were 8 churches represented! Then we travelled 3 hours to the Western most point of the Canopy of Prayer – Mount Garnet – and we ministered to about 100 people from Papua New Guinea to Cardwell. It was amazing to see this move of His Spirit Then on Saturday we went 110kms to Yarrabah – where we saw the leaders of the land and the churches come together and weep and repent together. Then we saw them of two generations hit with the fire of God. That night there was such a note of His presence in the community hall – again about 6 churches came together. There were reports that many went back to their homes and kept on worshipping. Then on Sunday night we heard reports of a camp that Faylene Sparkes was ministering to in Mareeba – how the children were seeing visions and hearing from the Holy Spirit for themselves – leaving the adults in awe. So I believe that we are seeing the beginning of things happening in our region This Tuesday the ministers network asked me if I would keep working on the canopy and see if we can establish it with the current 22 churches one day a month and have it happening indefinitely. I would really appreciate your prayer as we contend for this to happen – by the 1st of May. As a Ministers Network here in Cairns we have decided to pray in our City on the 30th May for National Thanksgiving Day in three different locations from 7.00-8.30pm.  Just to encourage us all as we contend for our nation to fulfil its destiny and bring Jesus the Reward that He is due. Blessings  Melissa Haigh