The Lord of Armies by Francis Frangipane 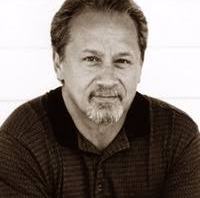 Our nation has been under spiritual and physical attack. God has called His Church to step up, grow up, take up the sword of the Spirit and fight for the future. Beloved, we can see our nation turned away from sin and aggressively turned toward Heaven. Do not Doubt!

It is no secret that today America is the most influential nation in the world. Yet consider how God could use our land if Hollywood experienced a revival or if our government became a model of integrity and justice.

You might be thinking that I’m dreaming, that it will never happen. Again I say, “Do not doubt.” For Jesus says, “All things are possible.” You may have been a prayer warrior at one time, but you’ve suffered a setback. Okay, round one is over — now it is time for round two. God is calling us back to vision and prayer. It is time to reload! It is time to pick up the sword of the Holy Spirit and join the ranks of the overcoming Church. Resist that cloud of oppression and pray.

The Lord and His Army
I know some still say, “I don’t get it. I don’t understand having a warfare mindset. I just don’t see it in the Lord or the Scriptures.”

The enemy has been clever. He has been able to obscure in some fashion one of the greatest revelations of the Lord in the Bible. It is an aspect of the divine nature that is revealed in the compound names of God. Some familiar examples of these unique names are Yahweh-Nissi (“the Lord My Banner”) or Yahweh-Jirah (“the Lord My Provider”) or Yahweh-Rapha (“the Lord My Healer”). In revealing Himself via these names — on about thirty different occasions in the Bible — the Lord reveals an aspect of His eternal nature ready to meet the human need of His servants.

Yet one name stands apart from these thirty references. It occurs approximately two hundred ninety times in the Bible — nearly ten times the sum of all other revelations! What is that name? Let me introduce you to Yahweh-Sabaoth, “the Lord of Hosts.” From the sheer number of references alone, we see that “the Lord of Hosts” (or the God of Armies) is the divine revelation most frequently demonstrated to mankind in the Bible.

If we will succeed in our warfare, we need to see the Lord as the great Commander that He is, for it is the Commander of Heaven’s armies whom we follow. He is the Master of the universe, Lord of powers, both on earth and in Heaven, “and the armies which are in heaven . . . [are] following Him” (Rev. 19:14).

The Ministries of Francis Frangipane