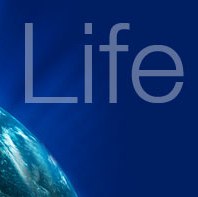 Unprecedented advances were seen in Australian parliament and media and the abortion industry – with an encouraging report based on the 40 Days for Life global campaign. In Melbourne we also saw deeply gratifying levels of local church collaborative regional prayer & evangelism and frequent citywide prayer. Thanks you God for hearing our prayer!

Warwick Marsh: “I have to say this is the most amazing nation changing ministry Endeavour I have ever been involved with. It is a privilege to work with you in the battle for our nation. I notice a lot more positive media stories about God and life than usual. God is working in our nation. Here is an abbreviated timeline of major miracles …a list of what I believe are direct answers to prayer.”

Day 7 – Greens and Labor break up their alliance. Hopefully this will help the Labor party adopt more pro-life, pro-marriage policies of its Christian founder, Kier Hardie, who helped found the Labor Party in 1893.

Day 17 – Sonja Couroupis had her prolife article against Gender Selection Abortion published in Online Opinion –  a website that will not be bullied into silence.

Day 20 – Dr Lachlan Dunjey has his article against Abortion of Babies with Disability in Online Opinion.

Day 22 – Prolife Premier Denis Napthine replaces pro-death Premier Ted Baillieu as leader of the Liberal government in Victoria. Pressure was also exerted by the new independent to do something urgently aboutVictoria’s abortion laws.

Day 30 – Surprisingly, a pope resigned and a new pope was elected. Pope Francis is a very Godly, humble man and a fearless fighter against abortion.

Day 37 – “Manifesto to End the War Against Women” developed by pro-Life leaders at a Strategic Consultation on 20 March 2013 at Parliament House in Canberra. On 20 March 2013, in Parliament House, Canberra, sixteen leaders representing fourteen key stakeholders and community groups representing millions of Australian men and women, met for a Strategic Consultation on “The Worldwide Problem of Gendercide” (Definition: deliberate extermination of persons of a particular sex (or gender). The “Manifesto to End the War Against Women” and the resulting “Call for Action” were confirmed by consensus as urgent action points to address this terrible tragedy. We wish to acknowledge that much of the Manifesto wording comes from the End Gendercide Manifesto which can be found at www.itsagirlmovie.com website. We believe women’s rights are human rights and human rights are women’s rights. Now is the time for action to end the war against women. For more Information contact: Brad Taylor: 08 6102 8102 brad@justicemandate.org or Sonja Couroupis; 0428 313 931 sonja.couroupis@bigpond.com

Day 37 – God shakes government; God is still God in the midst of the shakings. He is exposing the heart of men.  Gillard re-elected in failed coup. Pray for our leaders. http://www.abc.net.au/news/2013-03-21/gillard-survives-day-of-leadership-turmoil/4587322

Day 38 – Senator John Madigan, the DLP Senator for Victoria Pro Life Bill Against Gender Selective Abortion. The Bill now moves into Committee stage. The Senate is now calling for Submissions into the first prolife bill in Federal Parliament for 23 years. Submissions are due by 24th April. The date proposed for the report to be tabled is 25 June 2013.That means Public hearing can be held right through May and the first half of June. http://www.aph.gov.au/Parliamentary_Business/Committees/Senate_Committees?url=fapa_ctte/health_insur_amend_bill_2013/index.htm

In these days prolife and strongly Christian Chief Minister Terry Mills of the Northern Territory was deposed by Adam Giles. We need to stand for abundant and eternal LIFE for all NT citizens.

We encourage you to read the proposed bill and check out Bill Muehlenberg’s excellent article on this bill called Tasmanian Abortion and Big Brother.

Outcomes from the 40 Days for Life Campaign.

With the 2013 NDOP&F focus on LIFE, we linked our 40 Days of Prayer & Fasting on LIFE with the global 40 Days for Life campaign. This year their Lent campaign was held in 19 countries and 481 cities around the world – including Perth, Adelaide, Melbourne CBD & Croydon, Sydney, Tweed Heads and Brisbane. www.40daysforlife.com/australia www.40daysforlife.com.au

In this campaign the daily emails included reports of 554 babies spared when their mothers changed their minds at abortion clinics. Now over multiple campaigns 7,261 lives have been saved. 29 abortion clinics have closed and many have reduced their hours. 77 employees have left their role in the abortion industry – including a Sydney worker on Day 6, 2013!

Exciting Regional Reports from across Melbourne and beyond:

We celebrate that there has been a long history of Melbourne pastors meeting in fraternities, fellowships and the Melbourne Pastor’s Network. We are now seeing something new in many regions – unprecedented numbers of pastors, leaders and local churches are collaborating to pray for and serve their mutual communities – to see Jesus’ kingdom impact their regions.

Empowered Pastors from across Melbourne and regional Victoria gather each month at Stairway Church Whitehorse and are encouraged by shared values and testimonies of the miracles of healing and evangelism that God is doing amongst us.

Olinda: 24 Hours of Blessing for the Dandenong Ranges.

“On Friday 15th March 2013, the launch of Momentum was more than just that, it seems it was the launch of a move of God which can only be described as ‘encouraging to the max’. The Dandenong Ministers’ Fellowship is very pleased and excited to be associated with a number of ministries that sense the Lord is directing them to reach out to the people of Greater Dandenong. The city of Greater Dandenong, indeed Melbourne and Australia, are desperately in need of a move of God. To see so many ministries and churches working together towards something bigger than themselves was indeed a blessing.” Contact: davidowen49@optusnet.com.au.

In preparation for the River of Life Conference 9-10 May 2013, citywide prayer meetings have been held fortnightly since last year but there are 5 during April! This is unprecedented in recent times. Meetings are being held in the North, South, East and Inner Melbourne – so join us!