CORPORATE BOOKS FOR THE ECCLESIA 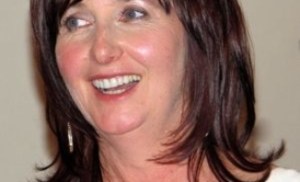 Australia, there is a corporate call for His bride in this New Era. It’s not just a new page or a new chapter but He is giving brand new books!

“Ask me and I will show you remarkable secrets things you do not know about, things to come.” Jeremiah 33:3 NLT or The Message –“Call to me and I will answer you. I’ll tell you marvelous and wondrous things that you could never figure out on your own.”

I was in worship and the Lord took me up a glass and gold spiral staircase in heavens’ library. I went up the staircase that looked like a double helix DNA strand shape made out of glass and gold and I heard “Only the pure in heart can come here.” At the top I saw a brilliant light and someone handed me a translucent gold and glass book from the top shelf. ‘Top shelf’ was highlighted to me that the books on the top shelf were being given to me. (Collins dictionary “Top Shelf” meaning: things or people of the highest quality)

I was in the library again and I was shown on a table my book opened and pages flipping very fast, and a pile of six ancient books that I knew were from my generational line. Beside them was a high stack with thirty of these translucent books that I recognised were from the top shelf. I pondered and my spirit asked what are these translucent books? As he had given me no understanding of them. He said “These are the corporate books of the Ecclesia!” (Ecclesia are the ‘called out’ ones, the governing authority, ruling body of believers that are sent out to transform society).

As I asked what are the books I was shown they contain the undisclosed blueprints and strategies to build His kingdom and to uproot and tear down what is not according to His kingdom being on earth as it is in heaven. These secrets are being revealed that have been locked up and hidden since the creation of the world – they are now being revealed to the sons and daughters of God.

Why are the books translucent? They are shining and pure, they allow light to shine through. “In your light we see light” Psalm 36:9. These books cannot be read by the eyes or the mind but are to be discerned and perceived by our spirit – deep to deep in an atmosphere of glory and worship!

Why are there thirty? Thirty represents the right timing to reign or minister, divine order and perfection and fullness and marks the right moment!

The Lord had been speaking to me that He is gathering councils of ten. (Ten is complete order or cycle. We don’t have to have exactly ten people – this is figurative. He gave that number to signify the completeness of the work they will do in unity.) He is calling people up into the council rooms of heaven as they gather to worship Him with one heart and one mind. They will be seated as councils and the books will be opened. Corporately the council will engage with wisdom and understanding to decree, pray and prophecy on earth. He is opening up a greater measure of the sevenfold spirit of God (Isaiah 11) in His Ecclesia. As one with pure hearts they are taken into the heavenly council rooms, their spirits will read these books and they will decree, pray and agree as the Holy Spirit intercedes through them. Others may have encounters with revelation of creative ideas or strategies and blueprints hidden from since the creation of the world that are being released right now. These councils will see righteousness and justice established shutting down evil practices. Shredder angels are being released now to completely destroy the enemy’s templates that have dominated for generations. Angels with millstones for the necks to slow down any evil against children are being sent. Another big part will be to create, to build up, to establish kingdom on earth as it is in heaven. These ideas are going to be released in heaven first then established on earth.

This is done in rest, as we are seated enthroned (to rule and reign) under the shadow of Shaddai. (Psalm 91 TPT) The Lord is bringing people into relationship of trust and honour so they can administer His heart for justice, righteousness and love, to gather in the harvest of souls.