How Relevant Is This Word for Now! 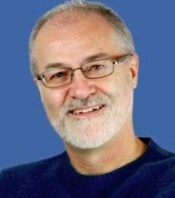 PARADIGM SHIFTS for the 21st Century

As we have crossed the threshold of a new era in the Lord, there will be a lot of shifting taking place in the church and the world. It is the time of completing unfinished business, a time of cleansing, and a time to get prepared for a “spiritual church-quake” to transpire in the life of what some prophetic voices call the “Third Day Church”.  With this view in mind, let me present some bullets on Paradigm Shifts for the 21st Century.

(Note: James wrote this 12 years ago and it was published in his book The Coming Prophetic Revolution. He has looked at these declarations again, edited them slightly and thought it would be good to post them for you once again.)

One Response to How Relevant Is This Word for Now!